After a short queue to register and the obligatory portaloo stop I was ready to set off.

Armed with my map, compass (those of you who know me well will know these are just for show) and OS app on my phone I was still secretly hoping I would have someone to follow on the sections I didn’t know. (As it turned out I did and only needed to look at the route on my OS app once to check I was heading in the right direction on the way back towards Janets Foss)

A hot day was forecast, however it was very cold at the start and I donned my jacket and gloves (much to the amusement of some of my fellow Marsden racers when they saw the photos of me dressed for a run in the arctic on what was one of the hottest days of the year)

Anyhow the coat and gloves came off eventually and I headed up on the first big climb of the day which included the steps up to Malham cove (apparently there are 400 of them) and into some of the most beautiful scenery that Yorkshire has to offer.  Here I caught up with Emily another Marsden racer.  (Or rather she caught up with me).  We had a bit of natter and she was then off ahead of me and I next saw her at the finish. Well done on a great run Emily.

Malham tarn is next but before you get there you have to do a couple of miles out and back on tarmac and I guess this is to make it up to 50 miles. This should have been an easy bit however there was a massive head wind and I hardly felt to be moving at this point.

Then for a nice easy section around the tarn and down through a pretty wood.

It was not long before I was off up and over another rather big hill (fountains fell) and Penyghent appeared.  A foreboding site in the distance.

The ascent of Penyghent wasn’t too bad, my legs were still feeling fresh and the crowds hadn’t yet come out and I was soon up and over and on a good runnable section across to checkpoint 2 at Ribblehead  (just before the very impressive viaduct. )

On the run across to Whernside I somehow picked up a young man walking the peaks who decided he wanted to run with me for a bit and play me rap songs on his phone. (A bit surreal rapping on the peaks)

As always it was a slog up Whernside and the crowds had well and truly come out now.  There followed a lot of “excuse me please” and good natured banter and support from charity walkers and tourists.

Then there is the quad bashing descent of Whernside and the legs were feeling a little bit wobbly when I hit the little tarmac section over to checkpoint 3 at the hill inn just below Ingleborough.

On the descent I joined a fellow PB runner and we stayed together the rest of the way.  I ended up knowing a lot about her except her name and it was good to have some company.

Ingleborough was a tough climb on tiring legs at roughly 30 miles in.

There then comes another slog of about 6 miles down to Horton in Ribblesdale with very few easily runnable sections (well for me anyway, but my new friend and I kept each other going)

After a short stop at CP 4 in Horton to get the stones out of my shoes and have something to eat it was off through the village and to start the climb ¾ of the way back up Penyghent.  (This bit seemed never ending)

Then it’s back the way we came for a good few miles and back over the big hills but I now felt I was on the homeward stretch.

I finished in 13hr and 2 minutes and was 16th female out of 45. I am pretty pleased with this (oh and I was also the oldest)

I treated myself to a Macdonalds on the 1 ½ hr drive home and it was gone in seconds.

I arrived back home at 9.30pm (17hrs after I had set off) tired but happy.  I had a quick shower and put my feet up with a cold beer.

The Pennine barrier is a beautiful and tough 50 miler. The weather was hot and sunny with clear blue skies which meant that I got the stunning views (and a classic runners tan) and I had a great day out

The only downside to the day was that  I should have been running it with my mate Jaime Mclaughlin as a last training run before our attempt on the full Cleveland Way and she was unfortunately injured (Jaime you would have loved it.)

GB ultras put on a great event and the volunteers and checkpoints are second to none.

If you get one race on your bucket list let it be this one (I’m even considering the PB 100 next year.)

Latest from our Blog From absolute beginners to those getting back into fitness, this is the perfect session for you. 30 Minutes of mini intervals to push your ability a little further each week with the aim to get you running 5k within 8 weeks 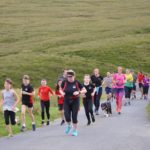 For those wanting to push their speed a little more a get a little fitter, we run 30 Minutes of mini intervals to push your ability a little further each week. Get the heart rate up, and the legs turning over. 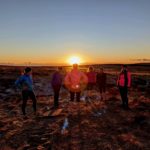 We seperate our groups into 10min Milers and over, 8 to 10 min miler pace and 8 min mile and under. All abilities are welcome and routes are between 5 and 8 miles. 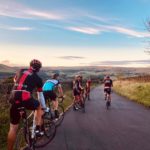 Approximately a 20-25 mile route that will take on the scenic views of the Colne and Holme valleys.

For those wanting to push their speed a little more a get a little fitter, we run 30 Minutes of mini intervals to push your ability a little further each week. Get the heart rate up, and the legs turning over.

Twice a month, we offer a beginners road cycling session with trained leaders. All Abilities Welcome! 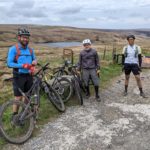 Twice a month, we offer an all ability Mountain Biking session. All Abilities welcome!

Why be a member?

REASONS TO CHOOSE US!

We are free for all sessions for 30 days for new potential members. You can sign up to one of our memberships for 30 days and book onto any of our sessions! Click here to Join Now

Training in A group is more fun!

Training with others is proven to provide better results. So whether you are training for a 5k, getting into cycling, or taking on your first marathon, come join us!

All abilities are welcome!

You are NEVER too slow. You will NEVER hold people back. We encourage all to come and join us to cycle or run with us. Why not give us a try!

We do lots of charity challenges

We have done many fun challenges for Charity, including raising money for Holme Valley Mountain rescue, nearly £8000 for MacMillan as well as Yorkshire Air Ambulance

We started this group as a new way to meet people, so that involves plenty of social gatherings, club challenges and reasons to all get together!

Run as a family

Our 5k Sessions are perfect for you to run as a family! Get your kids into running and enjoy some quality time together!

We are affiliated with both England Athletics and British Cycling. This means we are very well insured and governed, our leaders are trained and skilled and our members get LOADS of benefits and discounts

We work with other clubs

We love working together with other clubs in our local area to make things more fun and learn from them. We currently organise many local events for fun with Lindley AC, Meltham AC, Stadium Runners and more

We have an instagram account, who doesn’t right? But we want to see what YOU are up to!

Use #marsdenracers in your post to feature on a wall and show off your sporting activities to the rest of our community!

Want to get training tips, events and our news straight to your inbox?